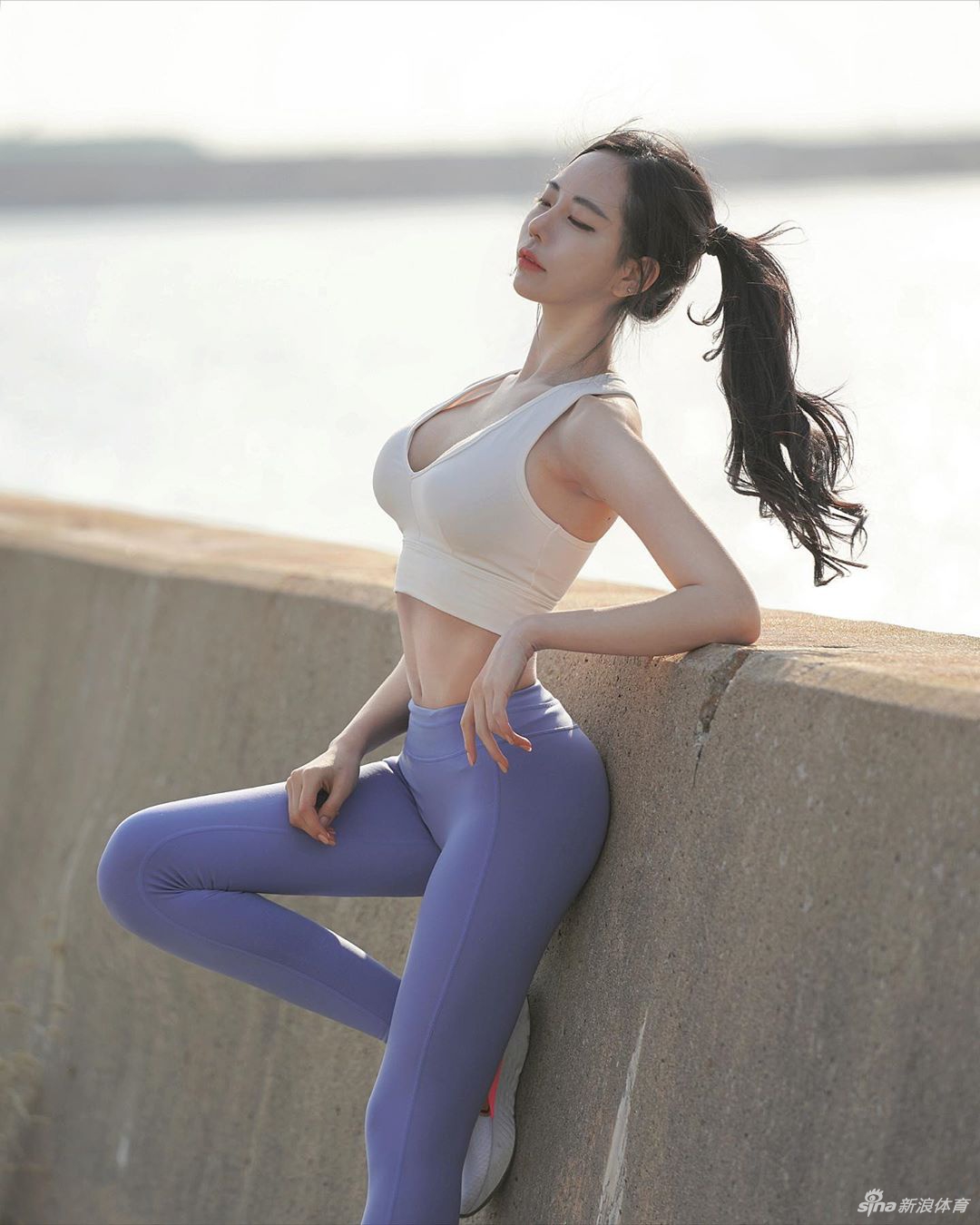 ABOUT US
ADMISSIONS
OUR SCHOOL
SUPPORT US
NEWS
INFORMATION

today i’m being evacuated to england. not that i want to. i wanted to stay here with mother. but it’s for the best, i suppose. luckily, mother arranged for me and my best friend betty to go together. in my suitcase, i put : my nightie, patchy (my cuddly bear), a few outfits, my lavatory bag, and of course, my diary. i’m going to england because it’s safer there. and it’s less likely that there will be any bombing. mother is downstairs heating up some onions and carrots for lunch (i can’t wait until we all have lots of food again!) so then we can dash off to the docks to meet betty and board the boat. father is away fighting, so i won’t get to say goodbye to him. i’ve got my gas mask in a parcel ready if i need it. mother said to put it on when there is poison in the air.me and betty are going to stay with mr and mrs melbourne. just so we don’t get lost, i’ve got a tag on me saying ‘anna smith. 9 years. mr and mrs melbourne.’ i’ve got to go and have my lunch now, i will write some more when i’m on the boat.

欧博体育ok, i’m back. me and betty are on the boat now. betty is really upset. i think she wanted to stay home as well. to distract herself, she’s reading a book. whilst she is doing that i’m going to write in my diary, to tell you what has happened since the last time i wrote in you.

when we were boarding the boat, a 14 year old boy punched one of the army men helping people board the ship. then he jumped into the sea shouting, “germany doesn’t stand a chance!” i would’ve been evacuated with my school, melrose. but mother said it would be better if me and betty went together. i wonder how long i’ll be away in england. mother said i will come back when the war is over. who knows how long that will take. i promised mother that i would write. i am already starting to miss her.

欧博体育betty and i have arrived safely in london. we waited at the train station, even though we didn’t take the train. we saw our school getting on a train. we waved to our teacher, mrs moore. i don’t know why, but she didn’t wave back. well, to me she didn’t, but she waved at betty. that’s only because betty is mrs moore’s favourite pupil. the melbournes arrived half an hour later in their bentley mark v. mrs melbourne was a tall elegant woman, wearing a tea dress. mr melbourne, was a serious looking man, in a black suit and a black hat. when mrs melbourne saw me and betty, she shouted,” anna smith, betty hattley! you two girls, come here!”

欧博体育we ran towards her obediently. the damp air felt like ghosts breathing on you. mr melbourne was lighting his pipe behind their car, and the air suddenly felt warm, but gave me the shudders.

“look at you girls! you look like you’ve been down a rabbit hole,” mrs melbourne began, it was true, we did look quite dirty,” i shall have to get the gardener to wash you with a bucket of water! wait there, i’ll need to put some mats down in the car. can’t have you girls ruining the seats.”

the melbourne’s house was very big indeed. they even had a maid! her name was rose. our bedroom was gigantic! we both had our own four-poster bed, a fireplace and a beautiful bathroom. we got given some pea soup for dinner, then for dessert, some bread and butter. mrs melbourne told us that once we were ready for bed, we could have some ‘quiet time’.

欧博体育today mr melbourne said he had to go into town for work. betty and i had some breakfast and went to play outside. their garden is fantastic! the gardener, john, is very friendly. at lunch today, mrs melbourne said that she was having a tea party with some of her friends this afternoon and we were to stay upstairs for the afternoon. when mrs melbourne’s friends arrived, we went upstairs and played hide and seek. then we got ourselves dressed up in our fancy outfits mr and mrs melbourne got us as a ‘welcome’ gift. it was very fun.

欧博体育during our ‘quiet time’, i decided to write to mother, to tell her about what has happened so far. it’s time to blow out my candle now. goodnight.

i’m so sorry i’ve not written in you for a while. mrs melbourne confiscated my diary for not finishing my meal and being silly at the table. she forgot about it, so i had to try and find it. i eventually found it at the top of her cupboard. today is christmas eve. i’m so excited. mr melbourne took me and betty to town to pick out a ‘small’ gift for each other. i chose a little christmas ornament. it was her favourite animal, an owl. there was not much to choose from, as england struggled with rationing as well as guernsey. but in guernsey it’s much worse.

欧博体育tonight betty and i helped rose with the christmas tree. when we finished decorating it, it looked absolutely stunning! the melbournes sent me and betty to bed early tonight. we went straight to sleep.

it’s christmas! betty loved her gift i got her. mother sent me a beautiful ribbon to put in my plaits. betty got me a book i’ve been wanting for a long time, anne of green gables. betty’s mother and father sent her a book called lily queen. after we opened our presents, there was a knock at the door. rose went to answer it. she came back carrying two pairs of coats. it was mother! betty’s mother was there too. she had come to stay for christmas. we all had christmas lunch in the dinning room.

me and betty stayed up until very late, playing hide and seek and jumping on our beds, and dancing to the radio. i’ve never had such fun! i think it was about midnight by the time betty and i finished playing around.

欧博体育mother and mrs hattley said that they had to return to guernsey. i gave her the biggest hug i could possibly do. me and betty waved good-bye from our bedroom window. not knowing whether we were ever to see them again.

欧博体育this morning mrs melbourne woke us up early and said that she had some good news. i wondered wether the war was over and that we would be able to go home. but then i realised that it’s been five years now, since i left mother and came to live with the melbournes, and it’s very unlikely that that’s the case. i am now 14 years old. betty is the same. we’re almost like sisters now, because we’ve spent so much time together. mrs melbourne told us to get up and dressed and to start packing. we both thought that the melbournes had had enough of us and she was sending us to live with someone else.

欧博体育when we got downstairs, betty and i heard some giggling coming from the kitchen. we took a little peak through the crack of the kitchen door. guess who we found? we found rose canoodling with the chef, martin. we laughed discreetly, so they wouldn’t hear us.

when we finished our breakfast, we waited by the door, getting our coats and shoes on. mr and mrs melbourne came to meet us. but what mrs melbourne said was not what i was expecting, “betty, anna, would you like to know where we are taking you?” we nodded, “the war has ended. you’re going home.”

we were shocked to the core. i was going to see mother! and maybe father!

me and betty boarded the boat. we were going home! i still could not believe it. the water was very calm, so we didn’t rock about too much. we were so tired, so we fell asleep on our suitcases.

betty and i were woken up by the sound of a very loud horn. that meant we had arrived back in guernsey. a lady shouted, “anna!”

i assumed that that was my mother. betty’s mother was there too shouting, “betty!”

欧博体育we partied all night. dancing in the street, singing sarnia cherie, swimming in the sea. aah, it was wonderful. i felt warm and fuzzy and happy...but i also felt guilty. for my mother still felt like a stranger.